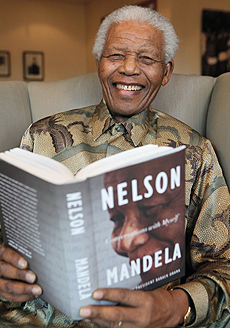 MINNEAPOLIS – Members of the public are invited to sign the "Book of Honors and Tributes" to celebrate the birthday and legacy of Nobel Peace Prize Laureate and former President of South Africa Nelson Mandela, and as a kick off to Nelson Mandela International Day events.

South Africa Consul Political Fransie Cooper will sign the book in a public opening ceremony at 3 p.m., July 17, in Augsburg College's Oren Gateway Center. Cooper will be joined by the Honorable LaJune Thomas Lange '75, who serves as Honorary Consul for the Republic of South Africa for the State of Minnesota and is sponsoring the Book. Minnesota state lawmakers, Augsburg College leaders, and others also will be at the signing.

"President Nelson Mandela is a transformational leader who has devoted his life to end oppression in South Africa and to bring hope, democracy and equality to South Africa and the world," said Lange, who also is a member of Augsburg College's Board of Regents. "When Mandela came to Minneapolis in 2000, he brought a message of hope and inspiration for us to work together to eliminate racial and economic inequality wherever we find it in the world."

"Each spring, we invite people from throughout the world to Augsburg College for the Nobel Peace Prize Forum to explore the principles of social justice, human rights, and civil dialogue that are held dear by President Mandela and for which his is a timeless guiding light to the world," said Augsburg College President Paul C. Pribbenow. "President Mandela's passion has shaped and will continue to impact the learning experience of generations to come."

Other events are being planned and hosted by other organizations for Nelson Mandela International Day on July 18, which also is Mandela's birthday. The goal of the day is to inspire people to work toward conflict resolution, democracy, human rights, peace, and reconciliation. This year's theme is "Take Action; Inspire Change; Make Every Day a Mandela Day." Select events include:

– Noon, July 18: Public Prayer Service, Cathedral of St. Paul. Members of the public are invited to join Cooper for silent prayer and lighting of candles in honor of Mandela's birthday. The service will be led by Father Kevin McDonough and Father Tim Schindler. The Cathedral is located at 239 Selby Ave., St. Paul. 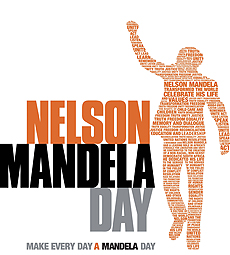 Elected and appointed officials, members of the public, and friends of the people of South Africa are invited to sign the book, which will be housed in Augsburg College's Oren Gateway Center, 610 22nd Ave. S., Minneapolis. Visitor parking is available in Lot G. (Map: http://www.augsburg.edu/about/directions-and-parking/) The Book will be open to the public the following days and hours:

The book will be sent to Ambassador Ebrahim Rasool, South Africa's Ambassador to the United States, in Washington, D.C.

About Judge Lange: The Honorable LaJune Thomas Lange served as a Fourth Judicial District Court Judge for the State of Minnesota. In this role as Honorary Consul for the Republic of South Africa, Lange represents South Africans in Minnesota to foster partnerships and economic development. Lange first met Mandela in 1997 in King Williams Town, South Africa, when Mandela was there to dedicate a statue in honor of Stephen Biko, an anti-apartheid leader and activist in South Africa and who died while in police custody. Lange is president of the International Leadership Institute, and is an internationally recognized expert on human rights.

About Augsburg College: Augsburg College is set in a vibrant neighborhood at the heart of the Twin Cities, and offers more than 50 undergraduate majors and nine graduate degrees to about 4,000 students of diverse backgrounds. The College hosts the Nobel Peace Prize Forum, the only program outside of Norway that is affiliated with the Norwegian Nobel Institute. Augsburg College educates students to be informed citizens, thoughtful stewards, critical thinkers, and responsible leaders. The Augsburg experience is supported by an engaged community that is committed to intentional diversity in its life and work. An Augsburg education is defined by excellence in the liberal arts and professional studies, guided by the faith and values of the Lutheran church, and shaped by its urban and global settings.